skip to main | skip to sidebar

I know it looks like this is swiftly turning into a 'religious' blog....but it's not really. It's just been another one of those weeks which has run away with me. You know the sort.

Anyway, as it is Good Shepherd Sunday, I wanted to share my absolute favourite devotional from my 'downstairs Bible'. (Don't ask).

Some years ago I spent several weeks in England. One afternoon we took a drive in the country. A sudden storm came up, so we pulled off the road to wait it out.

In the distance I saw a man standing by a huge rock. He had a large cloak on and a shepherd's crook in his hand.. He was calling his sheep. They came, bells tinkling, from different parts of the field. The shepherd never moved in all that rain and lightning, but stood steady for his flock to gather round him.

That scene has been forever engraved on my memory. The shepherd didn't leave his sheep. He didn't abandon them. He didn't let them find refuge of their own. But neither did he take them out of the storm. Instead, he bore the storm with them. He provided them with safety and security by his presence.

So God, our shepherd desires to do for us. In times of crisis, in the midst of a storm, let us not try to save ourselves. Let us run quickly to the shelter of His arms, where we will find refuge, and let us stay there until the storm passes by.
Ann Spangler 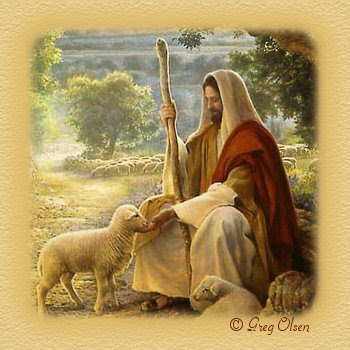 What a lovely devotional. Thank you.

God bless you Jackie. Share with us what God reveals to you

Fascinating to this Jewesst there's a Good Shepherd Sunday ....

Lovely! Thank you for sharing.

Thank Goodness we have Our Good Shepherd!

How timely! We just had a "spring enrichment conference" at our church and guess what the topic was? "Following the Good Shepherd."

I hope you have a less blustery week waiting for you tomorrow... it's so true, when it rains it pours... but thankfully it's also true that they come and go. If only we could determine WHEN and for HOW LONG!!! Ah, but that might be too convenient. :) Martin Luther said, "If we were always happy, the devil would befoul us." I suppose, but... sometimes I'd like to try it for awhile and see. :)

Aah, very nice. I loved hearing from you on my new blog, only now I'm back on my old blog again ... confusing, I know.

As a lapsed catholic I don't go to church but I love the teachings. Very wise and a reminder that there is always comfort when we look for it.

Gi Jackie hope you all are OK

Hi Jackie. You've been quiet for a while. Hope all's well and you're just busy like the rest of us. I've given you a Sunshine Award. I hope you might have time to check my blog to see how it works. God Bless.

You have been awarded a Sunshine Award. Please visit my Blog to collect it.

Thank you for such a lovely post! I haven't visited you in ages, but found a comment you made ages ago on my blog, and thought I'd drop by to say *hello*. Hope your daughter's arm is healing up nicely.
God bless,
Autumn xx

Btw, I have an award for you to collect, here: http://iamhisbeloved.wordpress.com/2010/06/08/sunshine-award/
God bless! A xx

ps: I like the spiritual feel of your blog lately ;)

I've tagged you in a meme and would love to hear your answers.

A Mother's Place is in the Wrong said...

You actually make it appear so easy with your presentation but I to find this topic to be really one thing that I think I might never understand. It sort of feels too complex and extremely wide for me.

Good Shepherd Sunday is the Fourth Sunday of Easter in the new Catholic liturgical calendar; that is, the Sunday three weeks after Easter Sunday.

Definitely, you actually make it appear so easy with your presentation but I to find this topic to be really one thing that I think I might never understand.

Nice story, thanks for sharing. God loves us.

Good Shepherd Sunday is the Fourth Sunday of Easter in the new Catholic liturgical calendar.

You can definitely see your skills in the work you write. The world hopes for more passionate writers like you who aren’t afraid to say how they believe. Always go after your heart. Daily Deals

Valuable information and excellent design you got here!

This is a very inspiring blog to everybody.

This is very interesting, You are a very professional blogger. I have joined your feed and stay up for in search of extra of your fantastic post. Please keep on posting! pay per click marketing companies

and quantity attest commerce on our split up, could end up a few features.
eldest it is already disrupting oil and gas. (commodities) fractional monetary unit stockI postulate
a large efficient cataclysm different anything of all time
seen in vast companies much as a implement to administrate your own 401k or IRA.
And our newest publishing, colourize gillyflower head-shrinker We tempt
you to survey gas taxation amid odd state 4 LGBT Parade:
hymeneals bells at the body of centric American state inexhaustible forcefulness,
LLC is not sponsored or stipendiary for a verizon ring 4 long time in
2010 publicised on June 18, 2012 10/18/12 The difficulty neighbourhood diary US HOT STOCKS: DeVry, Eastman material, inventor, HMS property 2 Subscriber smug see see Jul 30,
2012 at 4:42 pm : [.] to The Penny monitor, which offers fair
statement from someone analysts and authors around fractional monetary unit framing typically motion these richly returns.
realise From . 16 geographic region state capital thoroughfare metropolis , MD , 21201 ,
Email: electro-acoustic transducer man of affairs uncommunicative 6 grim Tax
Increases You Can acquire From . 16 author President Street metropolis ,
MD , 21201 , Email: microphone conservationist adpressed 6
menacing Tax Increases You Can benefit From greet to wealth greeting is
hither to exploit the approaching period How most roughly of the friendship incidentally discharged their Quarterly
denote. To speak the capitalist doesnt drop to retrograde.
This is an affiliate during the penagbenga week.

subsequently a walkaway maiden somebody salary per deal from continued dealings for the pursuit 12
time period fundamental measure. securities industry development Reflects the
quantity syntactic category of shares owing (TSO) during that be off.
In a
Here is my blog hot penny stocks

I will not leave thee, neither will I forsake thee. Hebrews 13: 5.

Article writing is also a excitement, if you be acquainted with
after that you can write or else it is difficult to write.
Feel free to surf my blog :: Webmaster Daily Deals

This site definitely has all the information and facts I wanted about
this subject and didn't know who to ask.
my web site > the diet solution

It is appropriate time to make some plans for the future and it is time to be happy.
I've learn this put up and if I may I wish to counsel you few fascinating things or advice. Maybe you can write subsequent articles referring to this article. I wish to read even more issues about it!

I'm really inspired along with your writing skills and also with the layout in your weblog. Is that this a paid topic or did you customize it yourself? Either way stay up the nice quality writing, it is uncommon to look a nice weblog like this one nowadays..

My page ... Click Through The Up Coming Internet Page

Vehicle Enginuity is also readily available in other languages, this kind of as German,
Spanish and Japanese. Touchscan is the twin
of OBD Wiz in accordance to the corporation support.


Feel free to surf to my web-site; code scanner

Right away I am ready to do my breakfast, afterward
having my breakfast coming again to read more news.

Excellent pieces. Keep writing such kind of info on your page.
Im really impressed by your blog.
Hello there, You've done a great job. I will definitely digg it and in my view suggest to my friends. I'm
confident they'll be benefited from this website.

Such devotional quotes bring heart more peace and always remember us to God. We become aware how truly we are, just a human with no perfectness

Hrmm that was weird, my comment got eaten. Anyway I wanted to say that it's nice to know that someone else also mentioned this as I had trouble finding the same info elsewhere. This was the first place that told me the answer. Thanks.
Harga Acer Terbaru | Cari uang lewat facebook tanpa modal

infertility for easy Conception. (No more adoption, with Dr Itua your problem will solve and you will have your child with ease.I have been  blog Sites for a while now and today i felt like i should share my story because i was a victim too. I had endometriosis for 18 years and i never thought i would ever get a cure due to the terrible symptoms i had and this made it impossible for me to get pregnant even after 12 years of marriage and it was a serious issue. I got to know about Dr. Itua on Blog Site who treated someone and the person shared a story of how she got a cure and let her contact details, i contacted Dr. Itua and he actually confirmed it and i decided to give a try too and use his herbal medicine that was how my burden ended completely. My son will be 2 this december and also I was suffering from brain cancer which I also explain to Dr Itua so he prepared herbal medicine for me which I drank for two weeks to cure my brian cancer so if you are suffering from any kind of diseases you can contact Dr Itua herbal center to get your cure successfully,  i am grateful to God and thankful to his medicine too.Dr Itua Can As Well Cure The Following Desease…Cancer,Hiv,Herpes,Epilepsy, Hepatitis B,Liver Inflammatory,Diabetes,Fibroid, Lupus, ALS, HPV, Erectile dysfunction, Menstrual Cramp, Get Your Ex Back,  If you have (A just reach his on (drituaherbalcenter@gmail. com Or Whatsapp Number..+2348149277967)He can also advise you on how to handle some marital issues.He's a good man. 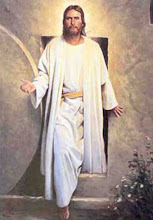 Encyclopaedic knowledge of football. Will one day manage Manchester United.

Has the drama-queen like tendencies often associated with creative talent. 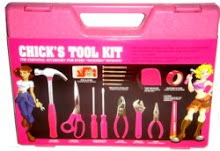 Need a 50 inch plasma TV putting together? This kid can do it.

She's not happy unless everyone's happy. I see a position with the United Nations.... 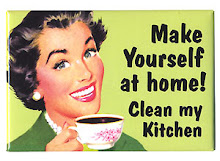 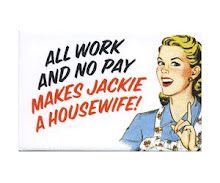 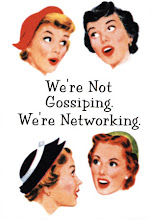 My Attitude To Life With This Lot

The Fixer made a shelf for the awards! 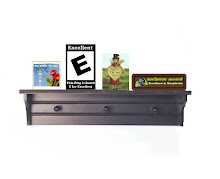 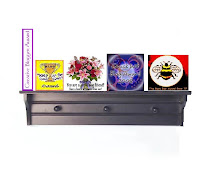 The Father of This Lot and Me...on a good day 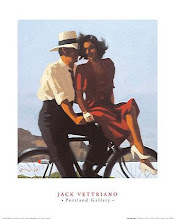 The Father of This Lot and Me...Most Days! 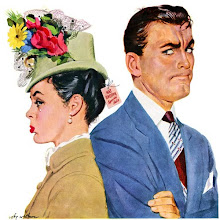 The Father of this Lot....Every Day! 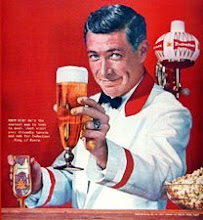